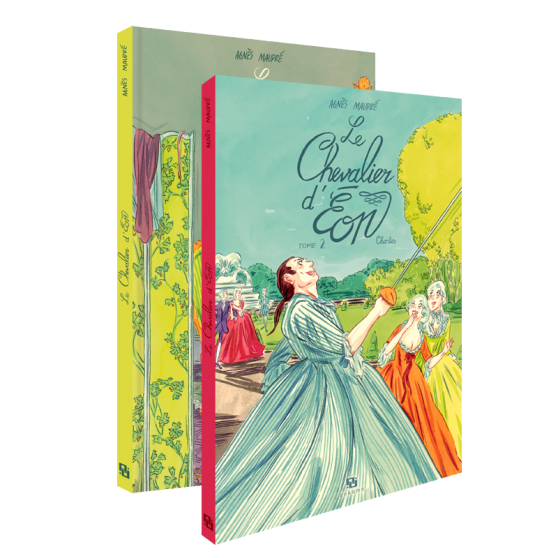 With ambiguity as an advantage, Chevalier d'Éon is still one of the most enigmatic spies in all of France's history. Agnès Maupré (Milady) takes a fresh look at the life of this ever fascinating figure! Complete series in 2 volumes.

Keen wit and a sharp blade, D'Éon is an icon of sexual ambiguity and one of French history's greatest mysteries. The controversy surrounding the knight's gender was one of the juiciest bits of gossip of the 18th century. But his history only starts out glamorously. Éon was indeed an androgynous spy as at ease in a skirt as a Dragoon captain's uniform, spying on Russia and England for Louis XV, but his devotion to this capricious king lacking in self-confidence would cause him more trouble than good fortune… Complete series in 2 volumes.