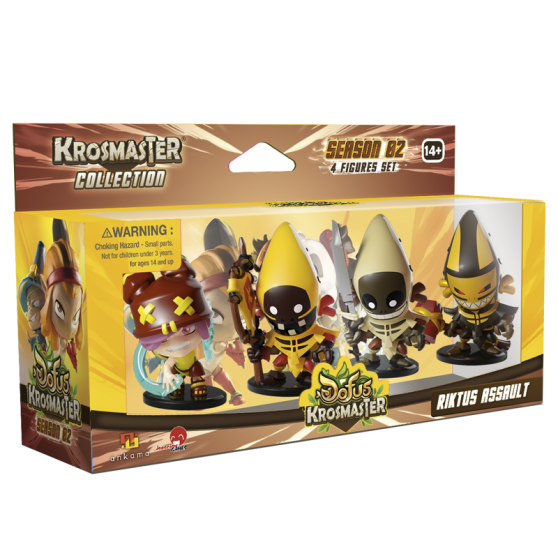 Dofus Krosmaster season 2 is the second set of figures to be released from the Krosmaster series. Don’t underestimate these little guys - they may be small but they’re mighty powerful!Despite their over-proportioned heads and their infantile appearance, these figures are prime examples of the most skilled warriors in the Krosmoz.

is a board game bringing together the proudest warriors in the World of Twelve from all periods of time.

Comment from Ankama Shop the 11/02/2020
Hello and thank you for your order on our website. We are sorry to learn that you encountered a quality issue with your Pack Krosmaster Riktus Assault. Our customer Support will soon send you an e-mail in order to establish a solution. Be sure that you will soon enjoy your product in a very good quality ! Thank you for your understanding and bests regards,