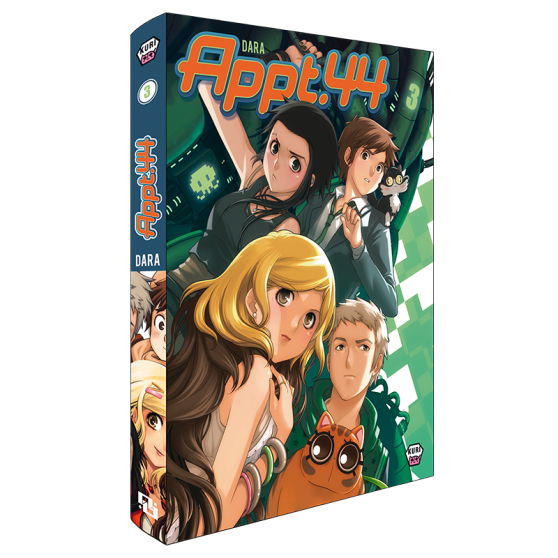 In Appartement 44, Volume 3, Dara gives it his all, covers his tracks and delivers a decisive creation. Not to be missed!

He was there, in plain sight, living under everyone's noses… Who? The alien in apartment 44, of course! Because Gigi has finally admitted that she is the alien! And this revelation will bring its share of upheaval in the apartment. Feelings are running high, looks are being exchanged, and appearances are more deceiving that ever. The only thing that remains intact is the suspicion!