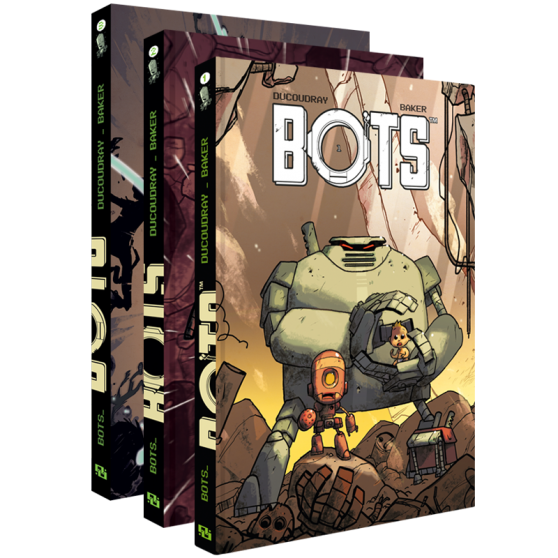 What if the Earth were reduced to a vast battlefield populated by robots? Experience the complete adventures of War-Hol and Rip-R, with a story by Aurélien Ducoudray (The Grocery) and art by Steve Baker.

Over the course of multiple global conflicts, humans have delegated the art of war to machines. The Earth is now little more than a vast battlefield, populated entirely by robots who have mastered military tactics down to the last binary digit. Fresh off the assembly line, robot mechanic Rip-R is paired with War-Hol, a battle robot – a duo that looks set to do some serious damage! So why does War-Hol, the great iron colossus, keep running away from battles with his tailpipe between his legs?