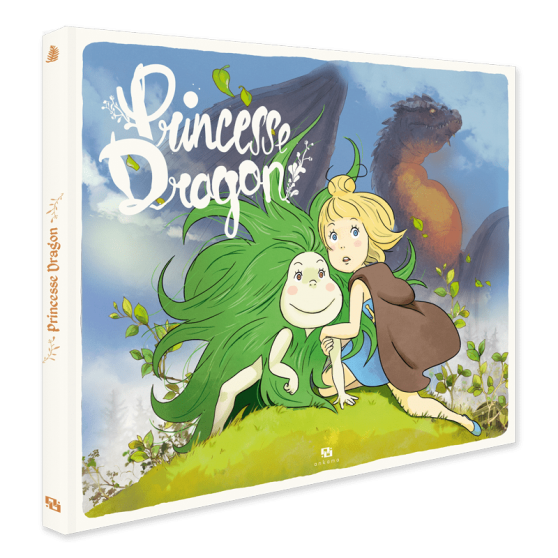 The story of the movie, in a large and richly illustrated book!

Dragon trainee Bristle is like her little peers, but she's also different: she's a little girl!

So when she meets Princess, who looks like her, her curiosity takes hold. She follows her around, ignoring her father's warnings about humans…

Dragon is furious when he finds out, and decides to offer her to the witch Witchfrog, to whom he's indebted. Bristle runs away with Princess and comes to discover her world, which is filled with good and bad surprises alike.

Will Bristle and Princess become friends despite the rivalry between their greedy fathers, and without betraying their worlds?