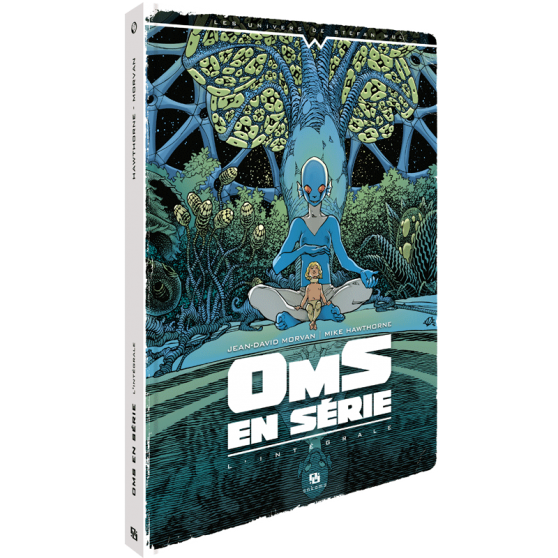 Jean-David Morvan and Mike Hawthorne present their graphic novel adaptation of a sci-fi classic! All three volumes of Oms en série are now available in an affordable complete edition that comes with a few bonuses!

Oms are animals – and a Draag's best friend, as the old saying goes. They live in cute kennels and when a mother gives birth, the little one is offered to another family. That's what happens to Terr, an Om like any other… That is, until his magnetic collar tunes him in to the waves emitted by his little mistress's learning headset, opening doors to what no Om before him has experienced: knowledge… First, the language of the Draags, then their history, which includes the history of his own kind… When Terr understands that Oms were captured long ago on a far away planet, he escapes. It's the beginning of a war for independence that will go down in Draag history… and the history of mankind.

The Oms are revolting!