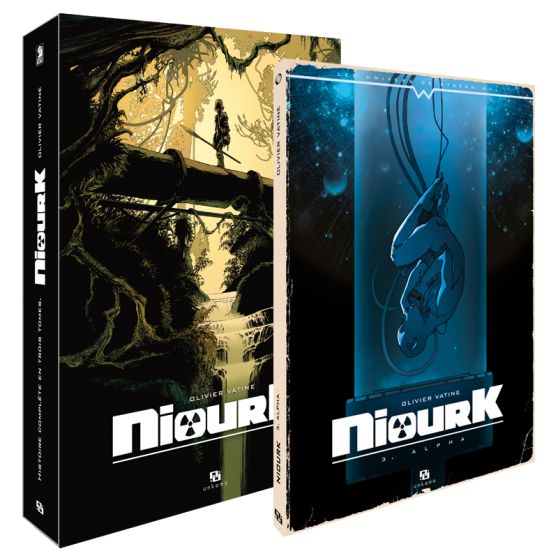 This last volume of Niourk comes with a limited edition box to hold the whole trilogy! The perfect gift for those who already have the first two volumes. Sole survivor of a tribe decimated by radiation, the black child has finally reached Niourk.

The black child has finally reached the City of the Gods. But the promised land is full of traps and inhabited by metal creatures that the young hunter fights or flees, not knowing they are his only chance of survival. Penetrated to the core by radiation, the child doesn't know he only has one or two days left to live. Unless the three castaways from Mars whose ship crash-landed in the middle of the ruins capture him first… Unless, awakened by escalating jolts of clarity, a new, brilliant, fearsome, superhuman conscious emerges.