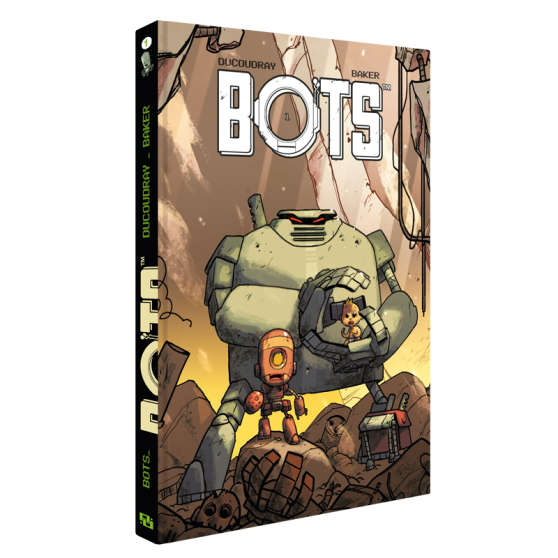 The new story written by Aurélien Ducoudray, writer of The Grocery, and drawn by the talented Steve Baker. The Earth has been reduced to a vast battlefield populated by robots. War-Hol the iron colossus and Rip-R the robot mechanic are about to make a surprising discovery there…

Over the course of multiple global conflicts, humans have delegated the art of war to machines. The Earth is now little more than a vast battlefield, populated entirely by robots who have mastered military tactics down to the last binary digit. Fresh off the assembly line, robot mechanic Rip-R is paired with War-Hol, a battle robot – a duo that looks set to do some serious damage! So why does War-Hol, the great iron colossus, keep running away from battles with his tailpipe between his legs?