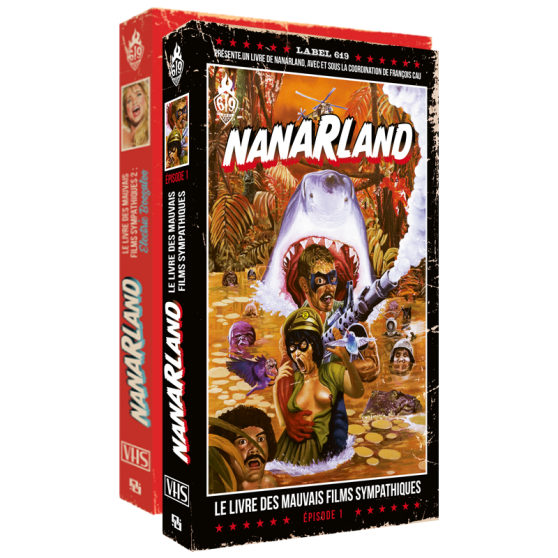 The famous site for fans of terrible movies has selected 100 (50 x 2) of the most lovably awful films ever made. You'll split your sides laughing and scream in terror… the perfect choice for your next beer-and-pizza night with the gang!

This product is no longer in stock

Whether the people behind them were innocent dreamers whose efforts missed the mark, or just flashy, utterly cynical swindlers, the fifty films selected for this anthology all have a unique soul of their own.

While they often make us laugh at their expense, they ultimately elude objective criticism because of their profoundly unique character… and even rise to the level of outsider art!

Ninja movies, propaganda reels, Turkish films, Bollywood B-movies, and Z-movies from the Philippines, Indonesia, and Taiwan, French cop movies from the 1980s… Together, these landmark achievements of trashiness serve to outline a parallel history of the movies, where the movie industry is revealed at its money-grubbing worst – even as its artistic aspirations are honored by actors and directors as sincere as they are incompetent.