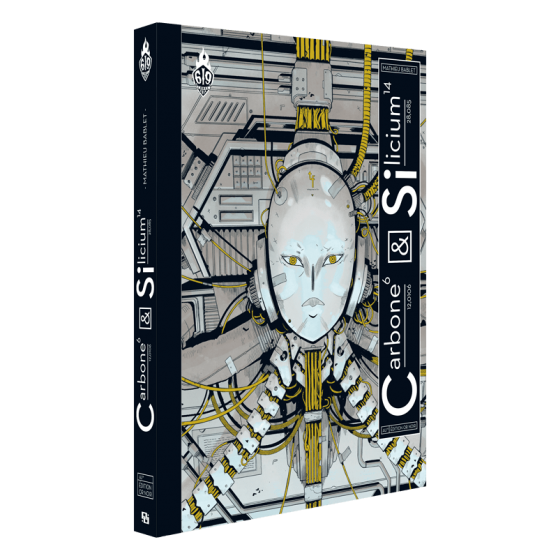 The Carbone & Silicium phenomenon returns in a luxuriously made, limited-run special edition in black, white and gold! Bonus:  Bookplate is out of stock.

Carbone & Silicium – the latest creations of the Tomorrow Foundation labs – are prototypes of a new generation of robots designed to take care of the aging human population.

Raised in protective cocoons and keen to discover the outside world, they end up getting separated while trying to escape. Each of them then goes on to lead their own life and fight a centuries-long battle to find their place on a planet that's gasping for air, plagued with successive political and human upheavals and climate disasters…