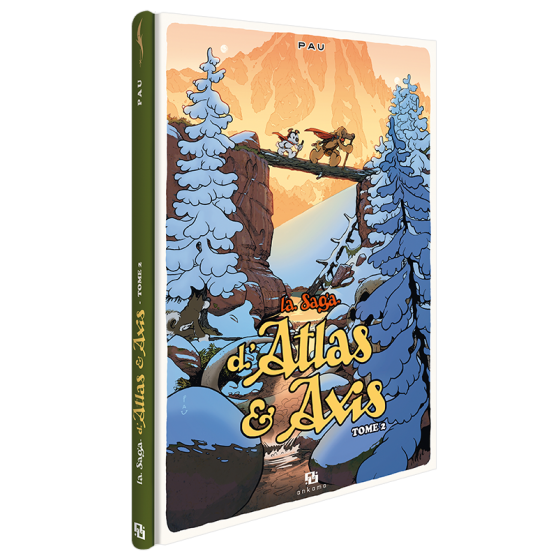 Get ready for this new saga you won't want to miss! After their vendetta against the Vikiens of the Great North, our heroes Atlas and Axis return to their land, but what's left for them? No villages, no friends, no family – not much apparently!

Our two mutts take refuge at the Tour bar. But their rest is short-lived because that evening two scientists get into a heated debate at the bar and won't stop yapping about where dogs come from. Which theory to believe? The one about evolution that says dogs come from wolves, or the one about the god Toby, who created dogs in his image? And so Atlas and Axis embark on a quest to learn their origins in search of a mysterious, forgotten people, the Tarses, who could be the missing link between dog and wolf.