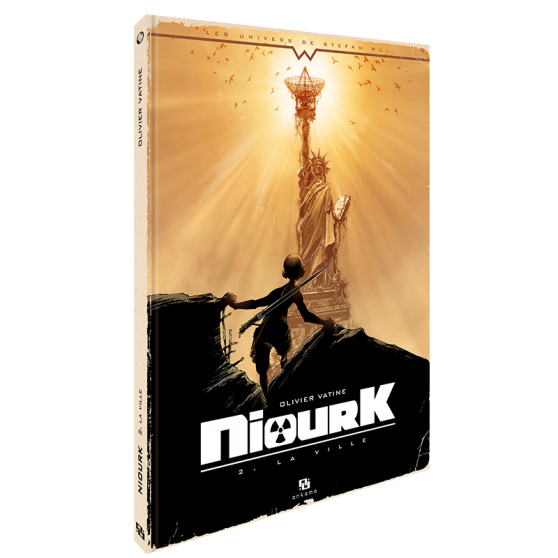 Expecting a glorious return among his people, now armed with the power granted by the staff of the Gods and the Old One's bone rosary, the black child finds his village ravaged by a fire. The tribe seems to have fled north. Convinced he is leading them to hunting territories where game is plentiful, Thôz drives the horde through Monster territory.

Going after his tribe, the child arrives in time to prevent the warriors from being massacred by predators whose territory the clan had entered. His life is then turned upside down by the sudden adoration that his savior status earns him: As the new leader, he decides to lead his dying tribe to Niourk, the mythical City of the Gods, where all that remains are ancient mechanisms and the memories of fallen Humanity.