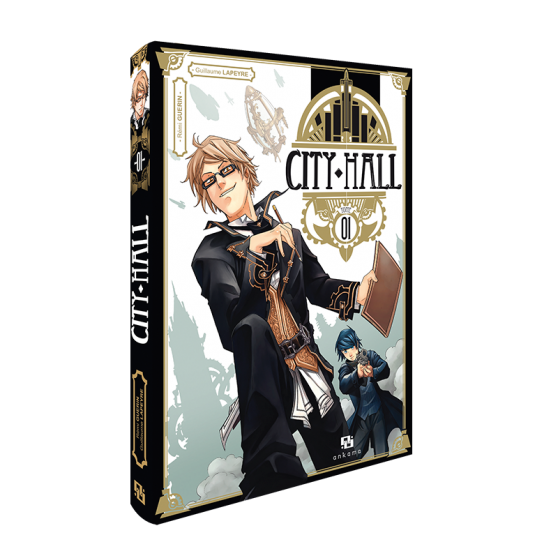 Imagine a world where everything you write comes to life! Now imagine what a criminal with dark designs could write… To fight this criminal, two literary celebrities plunged into the middle of Victorian England get out their best quills.

Called in as back-up by City Hall's police, it looks like Jules Verne and Arthur Conan Doyle are the only ones who can put an end to this extraordinary situation! When everything that's written comes to life, you exceptional writers to avoid chaos! City Hall won the Dlire-Canal graphic novel award for Best Manga 2012, and was voted the best manga-style graphic novel 2012 by Animeland's readers.

Did you find this helpful? Yes 1 No 0