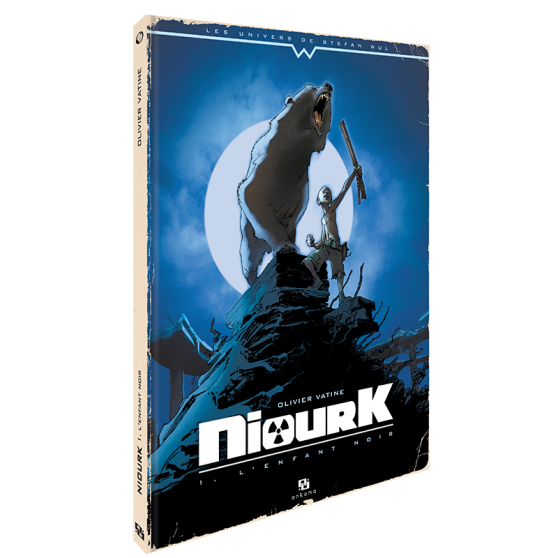 Cult sci-fi author Stefan Wul's most successful novel adapted by a master of the genre: Olivier Vatine. Mutant octopuses, a ghost megalopolis, and Venusian androids are the order of the day in this post-apocalyptic universe!

On a post-apocalyptic Earth, where humanity has regressed to a primitive state after a nuclear disaster dried up the oceans and gave rise to mutant beasts, a few tribes survive in the wild. Among them, the horde of Thôz, with whom lives a black child, shunned by his own. When the old sorcerer of the tribe sentences him to death, the black child sets off for Niourk, the city of the gods, where nothing remains but ruins and strange mechanisms, vestiges of 20th century civilization.