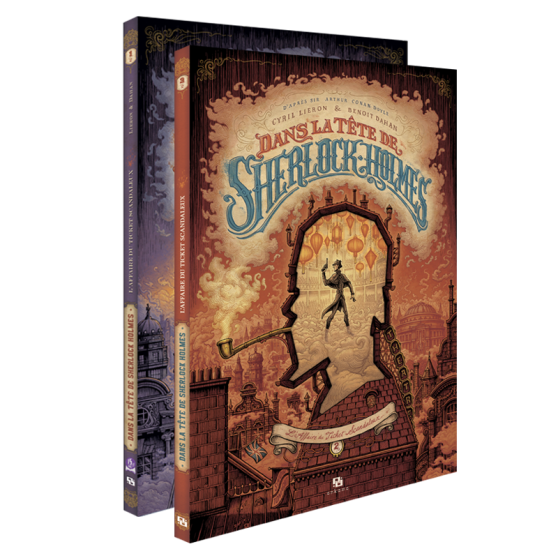 There's no mystery about it: in this complete edition of Dans la tête de Sherlock Holmes, "The Case of the Scandalous Ticket" has never looked better! This edition combines the 15th anniversary special edition of Volume 1, and Volume 2 of the adventures of the world's most famous detective.

It all starts when a simple medical diagnosis by Dr. Watson leads to much larger questions… As the doctor assists a colleague suffering from medical problems, a mysterious powder discovered on the man's clothes, along with a ticket to a most unusual performance, leads Sherlock Holmes and John Watson to believe that this man is just one victim of a broader plot.

It seems that the explanation for a series of disappearances in London lies in the performances of a certain Chinese magician. When other tickets are found, the detective's suspicions are confirmed, drawing him and the doctor into a thrilling investigation.

Collect the clues alongside Sherlock Holmes and experience the investigation as though you were right there in this hit two-part series!