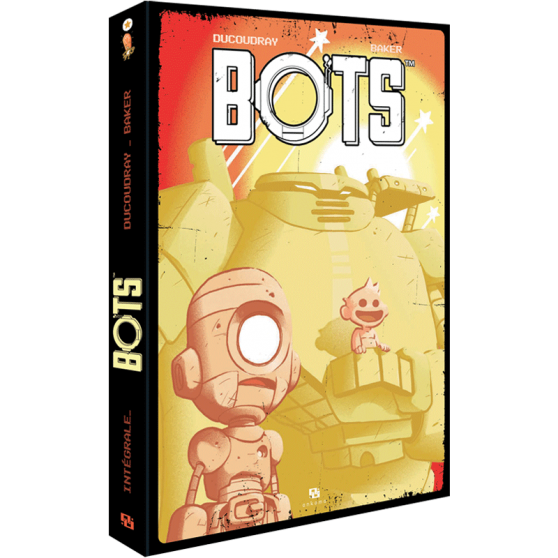 In a world that's become a battlefield, two robots are on a quest full of suspense… and humor! All three volumes of the series have been compiled in this affordable edition.

Over the course of multiple global conflicts, humans have delegated the art of war to machines. Earth has become a vast battlefield, populated entirely by robots who have mastered military tactics down to the last binary digit.

Fresh off the assembly line, robot mechanic Rip-R is paired with War-Hol, a battle robot. And the battle bot learns he was programmed to protect the sole survivor of the human race! Who knew War-Hol could have a maternal instinct?

Amid existential questioning, brawling, and babysitting, our heroes will imperil their motherboard for humanity's resurgence on Earth.