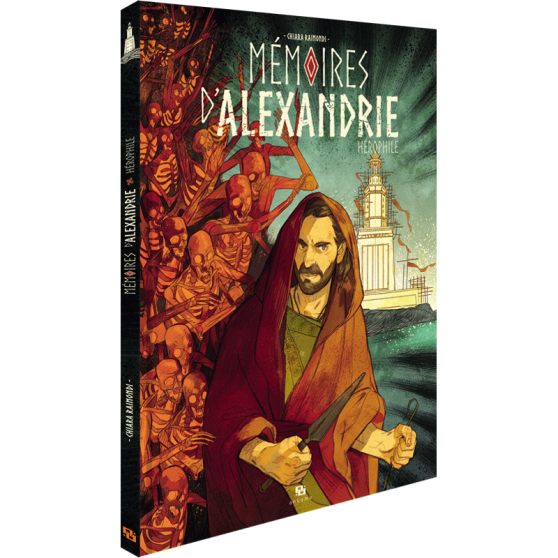 Enter the legendary Library of Alexandria and uncover its darkest secrets…

Virtually everyone knows of Alexandria and its famous library. To some it's a shrine to human culture, to others the 7th marvel of the world – it's a source of speculation for all. But do we really know what happened within its walls? Who are Herophile, Ptolemy, and Hypatia, those key historical figures that made their mark on the city and the library? What did they sacrifice for their ambition and their desire for knowledge?

Egypt, 4th century BCE. While King Ptolemy tries to promote Alexandria's scientific growth by summoning intellectuals from all over the world, the forward-thinking methods of Herophile and Erasistratus are frowned upon by the other scholars. If nothing will stop Herophile from advancing the medical field, not even the gods' wrath, how far will he go in his obsession with knowledge?

Step into a legendary place from antiquity where conspiracy, intrigue, and key figures in ancient Egypt collide. History buffs will adore it!