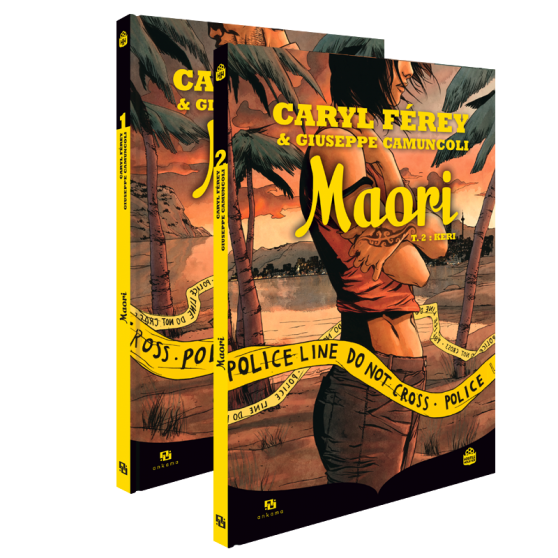 The first graphic novel from whodunit mastermind Caryl Férey! Jack Kenu is a Maori police officer in Auckland, New Zealand. The body of a young woman is found on a beach with her skull smashed in. It's Sandra, the daughter of a Maori member of parliament. In charge of the investigation, Jack learns that Sandra was mixed up with some Maori gangsters. Villainous murder? Manipulation? Jack Kenu has more than a few surprises in store for him… Series in 2 volumes.

Jack has been alone since his wife left. The country's implosion, ruined by the global financial crisis, doesn't interest him any more than the campaign battle raging between the conservative prime minister and Witkaire, a Maori congressman and follower of the "Human Way", a movement inspired by a radically new way of looking at the economy and society. When the congressman's daughter is murdered, Jack learns she had dropped out of her father's experimental school and was hanging out with some Maori gangsters. Could this be used to discredit Witkaire's liberating discourse? Who profits from this crime? Series in 2 volumes.